Recently I got some feedback on the game that motivated me to do a couple of fixes and enhancements to the Stop, Ampeltime! flash prototype (the one playable here).

There was a bug in the prototype code that prohibited players from creating roundabouts. The code scanning the streets and looking for routes for the cars to drive got stuck if a loop was created in the road system. Luckily, it only was a small check that I had to implement. So creating roundabouts should now be possible. Let me know if you still encounter problems! 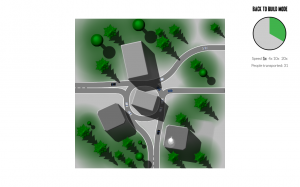 Another issue arising with the new possibility to create roundabouts was the right of way, or the lack thereof. In the current prototype, cars only stop on traffic lights and don’t respect the right of way – something that will be added in a future version of the game. But for now, in order to complete a level with a roundabout in it, you can disable the collision checking in the settings menu. This of course makes the game a lot easier and unrealistic, so only disable if really needed! 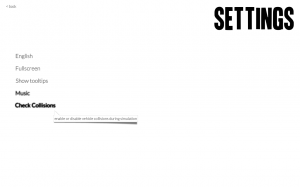 A final concern was the music that wasn’t to everyone’s taste and that now can be muted in the settings menu.

I’m not planning on doing any more changes to the flash protoype. Instead, I will focus my energy and time on the new and enhanced 3D version of the game.
Stay tuned!

(Edit: Clear the cache of your browser to make sure the new version of the flash file is loaded!)

Want more? Donate and support the development of Stop, Ampeltime!